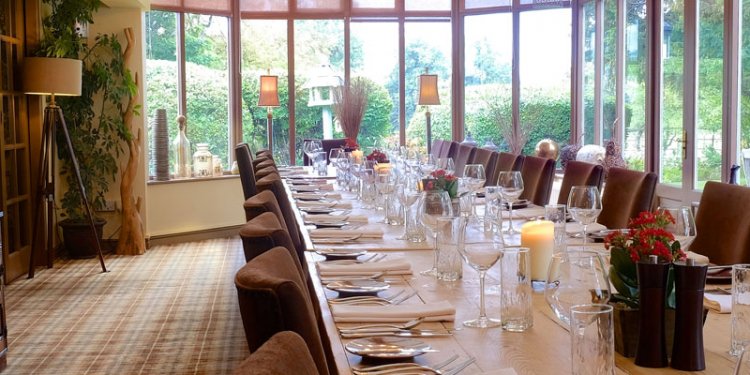 The culinary genius behind Michelin-starred The Star Inn at Harome and York’s award winning Star Inn The City, has announced an exciting new venture to win over the hearts and delight the taste buds of diners in the Yorkshire coast town of Whitby.

Top chef, Andrew Pern, plans to open The Star Inn The Harbour, a new brasserie-style seafood restaurant, which will be located overlooking the town’s harbour, with views up to the magnificent Whitby Abbey. Together with business partner, Mike Green, Andrew will take on the lease of the current tourist information centre building on Langborne Road to house the restaurant, after being selected as preferred leaseholder following a successful bid to Scarborough Borough Council.

Andrew Pern has long dreamed of opening a restaurant in Whitby, the very place where he was born and brought up. His vision for The Star Inn The Harbour is to showcase the region’s finest fresh fish and seafood and share his passion for locally sourced produce, synonymous with his existing top quality businesses, with a new audience of food devotees. The Star Inn The Harbour will be Andrew’s fourth enterprise, coming soon after the recently opened Mr P’s Curious Tavern, a quirkily wonderful small plates-style restaurant on Low Petergate in York, only a short hop from York Minster.

Andrew is excited about his ‘homecoming’ and making his mark on the Yorkshire coast’s existing high quality restaurant scene. He said:

“Opening a place in my home town has always been something that I’ve thought would happen one day. I have always championed all that’s great and good about Yorkshire, at my restaurants and even on television, such as when I represented the North East in the BBC Great British Menu. The North Sea is a massive part of my kitchen larder; the quality of the fish and shellfish is the envy of the world. At Whitby it will literally be on my doorstep!

“The Star Inn The Harbour will be aimed at locals and tourists alike, as a place to use regularly. Locals help to give my restaurants their links with the community and of course, their individual character, and I like to think that the restaurant will truly reflect its location in this very special part of Yorkshire.

“I really look forward to welcoming friends and guests, new and old to The Star Inn The Harbour once we are up and running next year.”

Andrew has always maintained a policy of employing local staff, wherever possible, and hopes to work with Yorkshire Coast College to offer opportunities and possible apprenticeships to its students. While the majority of the menu at The Star Inn The Harbour will focus on Andrew’s use of the ‘fruits of the sea’, he also intends to use meat supplied by Radford Butchers from nearby Sleights and game in season from the surrounding estates.

“We were extremely impressed with the bid received from Andrew and Mike. It stood out way above the others in terms of matching our vision for investment from a high quality business that will bring new jobs and economic growth to Whitby as well as enhancing the town’s reputation for excellent cuisine in wonderful surroundings.

“The Yorkshire coast is thriving and without a doubt, The Star Inn The Harbour matches our ambition for improving further the area’s attractiveness and vitality. It is a hugely exciting development, which should be seen as fabulous news for Whitby, after all, there are not many chefs of Andrew’s calibre that hand pick a coastal town to set up business in!”

“Our coastal towns are seeing a real renaissance at the moment with significant investment, all of which will not only benefit everyone who lives there, but also the millions of visitors who come to explore our beautiful coastline. With staycations becoming increasingly more popular, Whitby has huge ambition to continue to thrive as a top holiday destination.”