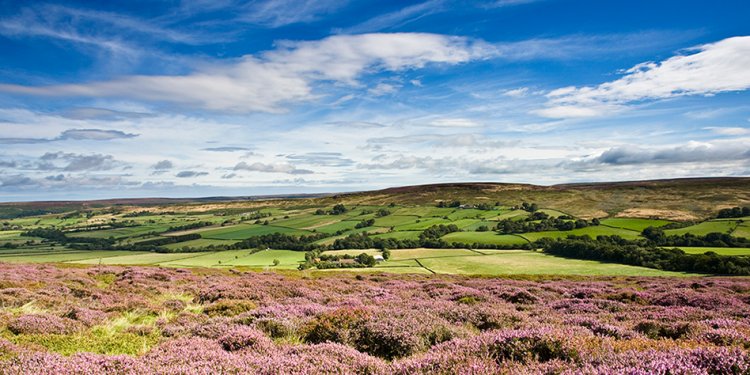 Sleights (which rhymes with "nights") is a small village four miles southwest of Whitby in North Yorkshire. It is on the steep-sided river valley bordering the River Esk on the A169 between Pickering and Whitby.

Sleights once had a small chapel inhabited by a monk. Legend has it that a boar was hidden by the monk during a hunt and the enraged hunters beat him to death.

The Abbot of Whitby suggested a penance, that on Ascension Day each year the men or their descandants must gather sticks to the value of a penny and plant the sticks in the harbour before nine o'clock in the morning. If the woven hedge did not survive three tides, the men or their survivors had to forfeit their lands to the Abbey.

The "Penny Hedge" as it became known, withstood the tides for 800 years but in 1981 a high tide covered the sticks in eight feet of water. The descendants were freed from their forfeit, but the annual ceremony continues.

Sleights has a population of just under 2, 000 residents, according to the 2001 census. The village is built on a steep incline with a 1 in 4 (25%) gradient at the end of the village. Known as Blue Bank, it has an escape lane of soft sand for vehicles with faulty brakes. Over the years it has been the scene of several accidents.

At the other end of the village, the Esk Valley Railway runs beneath the road which has a high bridge across the valley. Sleights has a local station with trains regularly running from Middlesbrough to Whitby.

The village has a pretty church dedicated to St John as well as the English Martyrs Catholic Church and the Briggswath and Sleights Methodist chapel. There are two local pubs, the Salmon Leap and the Lough Inn, both on Coach Road.

For its size it has a good number of local shops which include a post office, butchers, general store, fish and chip shop, antiques shop and some tearooms. There is a sports field which is well-maintained and is popular for games of cricket. A new pavilion has just been built after a massive local fundraising effort by the local committee and is now used as the focal point of village social life.

Things to do in Sleights

Just south of Sleights is the small hamlet of Littlebeck. Every summer the Rose Queen is crowned and floated down the river on a raft.