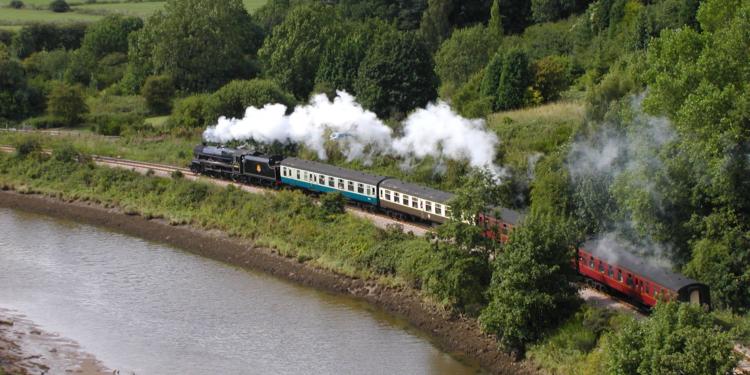 Whitby is a picturesque town on the north coast of Yorkshire, England. Famous as the home town of Captain James Cook (world explorer) and the place where according to Bram Stoker's novel, Dracula landed in England, Whitby attracts millions of visitors each year for its heady mix of scenery, seaside historical heritage and fish and chips.

A lovely and lively town. Cheap accommodation at the YHA hostel near the abbey's ruins. Beautiful beaches.

The main routes into Whitby are all very scenic, but can be treacherous (or closed!) in bad weather, as they pass over high moorland and are susceptible to snow. Becasue of the nature of the relief around Whitby, there are many one in three gradients in and out of the town, and drivers should remain vigilant.

From Scarborough and East Yorkshire, you'll approach on the A171 coast road from the south-east.

From Teesside and the North East, you have a choice between the main A171, or the slower coastal A174.

From York and most other areas, take the A64 to Malton then the A169 through Pickering and over the Moors. This is undoubtedly the prettiest route and is a really good road to drive on - just a couple of sharp bends to beware of, and then a dizzying plummet down a 25% (1 in 4) hill into the village of Sleights.

Like all tourist destinations, the roads into Whitby can be very busy during the summer season, and parking - while plentiful (main car parks by the marina and on West Cliff) can be difficult to find. Unless you arrive early, you may find it best to park well out of the town centre and walk; it isn't far!

Just one railway mainline into Whitby remains, compared with four in its heyday. Northern Rail run four trains daily from Middlesbrough, taking a leisurely hour and a half for the journey along the pretty Esk Valley. North York Moors railway operate picturesque services to and from Whitby and the North York Moors, serving Grosmont, Goathland, Newtondale, Levisham, and Pickering.

If you're coming from York or anywhere further south, it may be quicker to either use the Coastliner bus (see below) from York - through tickets are available from any station in the country, ask for "Whitby Bus Station". Or to get the train from York to Scarborough and use the hourly bus from the front of the station to Whitby.

Despite its isolated location, Whitby is well connected by interurban buses. Arriva run services along the coast, with the X5 running every half-hour to Loftus and Middlesbrough, and the 93 running every hour (every half-hour in the summer) to Scarborough, as well as several local bus services. Coastliner run their renowned luxury spec buses four times a day from Leeds and York on the 840. Through tickets from any railway station are available on the Coastliner service from York, ask for "Whitby Bus Station" when buying your ticket. Additional services run on many routes during the summer. The bus station is located West of the River Esk in the Town Centre, next to the train station.

There is one National Express coach daily from London and York.

Whitby is a very compact town, and despite the hilly terrain is easy and rewarding to walk around.

Because of the lack of convenient parking in many areas, driving is not recommended, especially in the summer season.

There is an extensive network of local bus services across the town and to nearby villages.

Ghost walks- Whitby abbey and the town itself has a long history. There are many haunted sites so be sure to go on one of the guided ghost walks. Warning: the old town is a creepy place after dark and not for the faint hearted. Many strange, unnerving "incidents" have been reported and something not entirely benign clings to the ancient alleyways and yards. Enjoy the ghost tours by all means, but be careful what you meddle with in Whitby.

Dracula experience - walk through a tunnel modified like Dracula's Castle. 'look out for vampires'

199 steps - if you have the energy climb the 199 steps from town up to St Marys church and the Abbey. The view is good. Especially good after dark, but watch out for the big black dog.

Climb the old lighthouse - the taller of the two 19th century lighthouses flanking the harbour entrance is open to visitors in the busier part of the year for great views along the coast and back into the town.