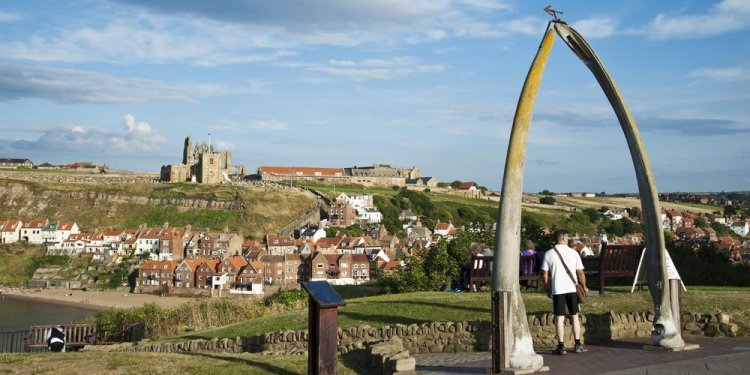 An easy half day walk over flat arable farmland in the Vale of Pickering. The route takes in part of the old track bed of the Malton to Pilmoor Junction railway line (east of walk 2702), tracks, paths, bridleways and public roads in the South Holme Parish. Parking is ample on the wide road on the outskirts of Slingsby, near the path of the old railway line. There are several navigational points to watch for on this walk. Way marking of the route is incomplete and if you follow it at one point near Hovingham you will end up with wet feet. This has been reported (June 2008) to the local Footpaths Officer and Parish Council, so let us hope that a footbridge appears soon.

We leave the roadside parking area at grid ref. SE698754 going north and after 50m turn left along the trackbed of the former railway line for 2/3rds of a mile. Just before we turn right (grid ref. SE688756) you will notice an interesting millennium mosaic and seat. Head north again now on the track passing Fryton Grange - the straight road bends left soon after. At the next track junction continue straight on - the path bends slightly to the right. After 250m bear left - Tuft House farm track goes to the right (private). Continue now on Socarrs Lane until you reach the B1257 Malton to Helmsley road. If you need refreshments a splendid tea room and bakery can be found in Hovingham at grid ref. SE 667758. Visiting though means a round trip detour of 2/3rds of a mile, but it's worth it!

Resuming our route then from the B1257 at Socarrs Lane: Turn right here, northwards away from Hovingham. At grid ref. SE671764 you need to cross Marrs Beck. This is a substantial watercourse even in dry weather. In early 2008 the footbridge was found to be unsafe and was removed by North Yorkshire County Council. Your only option (July 2008) is to bear right from the B1257 beforehand at grid ref. SE671763. It is understood that this diversion has been agreed with the landowner, who has left a good field margin on which to walk, so no crops suffer. The line of the mapped footpath is joined adjacent to Marrs Beck at grid ref. SE 671765. A new bridge is on order and we are told will be in place in early autumn 2008.

Follow the field side (to save crop damage) you then make for the bridge at grid ref. SE674769 and cross Marrs Beck. Turn right once over to follow the hedge and tree line until you see a wooden footbridge on your right. Cross the footbridge and then go left. You now approach South Holme Farm. We had no difficulty negotiating an electric fence at this point to join the track. Keep to the left of the farm. The waymarked footpath heading NNE has been re-routed a short distance east of where it is shown on the map, and follows the line of electricity poles towards Beech Tree House. A short distance after the farm continue right on the tarmac drive - this is still a public footpath. A path does head north to Caukleys Lane, but that is for another day.

You reach the road near South Holme, turning right to head towards the hamlet. Take the next lane on your left after 400m to Home Farm and West Farm - the short footpath shown on the map before the junction, is not apparent on the ground. You soon leave the tarmac behind as the public road turns into a bridleway at Home Farm. The next dwelling is Dixieland. Heading south now you cross Wath Beck and climb over a one mile long flood prevention dyke. Make your way around the field edge to Slingsby Carr House - passing through the yard containing many agricultural vehicles and implements parked there. Take the track away from the farm - the bridleway running through grid ref. SE710763 is not recommended and arrives at the same point on Totten Lane. Passing Long Lane you continue for almost one mile until you reach the public road. Turn left for 200m and you are back at your start point near the former railway line.

It is recommended you take a map with you when following a walk route. The preferred scale is 1:25000 used by the Explorer series. Note : If two maps are listed at the same scale then either (a) both are required for full coverage of the route or (b) the route is covered on both maps.