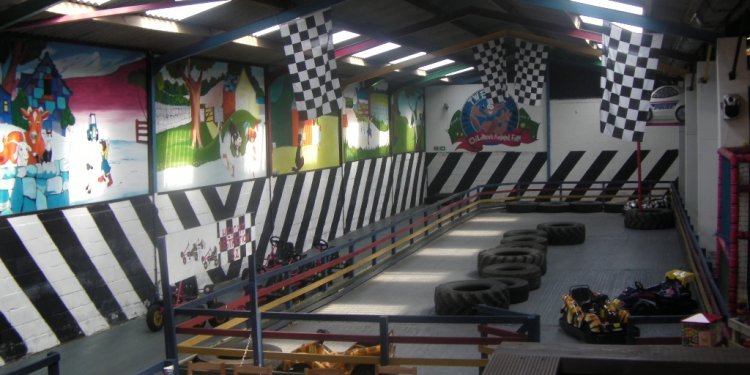 Farmer and entrepreneur Tom Pearcy bought Dunnington lodge, a farm on the outskirts of York in the year 2005. He had opened his maze based visitor attraction nearby in 2002, and re-located to Dunnington lodge in 2007. Shortly after taking possession of the site a number of happenings around the farm had left Tom and his staff to wonder if the farm was haunted.

While open to the public in the summer, Tom had employed a security guard to keep an eye on the farm overnight, He regularly complained of sensing something was wrong, but he couldn't say what it was. On more than one occasion he said he could smell burning, although nothing could be found. Each year as the summer season approached an end, his reports became more exaggerated. He often said he heard strange animal noises coming from the maize field. Tom dismissed his reports as nonsense, and told him it was a farm, what did he expect?

The guard was adamant that they were not like any animals he had heard on a farm before, he claimed to have heard the noises of lions and elephants, as if they were somehow in anguish. Things came to a head in September of 2009, when Tom was making preparations for his daytime Halloween festival.

Tom had asked his team to dig some foundations for a new barn to be built, which was to house a family friendly haunted house. Shortly after starting the dig, the team started uncovering bones. Tom was not unduly worried, assuming it was the old burial pit for "fallen" stock that many farms used to have. As the team kept digging, they unearthed bones that were obviously not farm animals. Giant skulls with tusks, large skulls with savagely sharp teeth and claws were among the multitude of bones found. Tom saw no reason to stop digging, but decided he would do a bit of research on the farm that night when he got home.

As Tom started to search the net he could find nothing in any of the search terms he thought to use. He remembered that his solicitor was holding all the paperwork relating to the property in his strong room, so Tom resolved to call him the next day, and pick it up.

At 2am the following morning, Tom received a distraught call from his security guard. Tom could hardly make sense of him, and rushed to the farm from his home several miles away. By the time Tom got there the fire and ambulance crews were both in attendance. It would seem that the digger the team were using to dig the foundations had caught fire, and as the guard approached it with a fire extinguisher, the hydraulic tank had exploded, covering the guard in a scalding hot shower of corrosive liquid. The fire was quelled quickly, but the guard had suffered terrible burns. The following day Tom visited him in hospital, his face was badly burnt, and he had difficulty speaking. The look in his eyes was haunting, as if his sole was gone. All he could say was “it’s getting worse" and "stay away"

Later that day Tom collected the paperwork from the solicitors, and the horrible truth emerged. Within the papers were a number of old newspaper articles, diary pages and notes, the details of which were used to piece together the following harrowing story...